The Dave Loritz Interview with tips4running.com

tips4running.com welcomes Green Bay Preble Boys Head Cross Country Coach, and also my old college roommate David Loritz for an interview. Dave ran at UW-Oshkosh with and we roomed together during my Senior Year.

Here is a brief biography of Dave Loritz running career. Hew ran in high school for Green Bay Preble. His 5k pr in cross country was a blistering 15:30. In college he ran for Mississippi St. then transferred to UW-Oshkosh. His best time in CC in the 8k was 25:01, which is almost exactly 5 minute per mile pace. Now he teaches and coaches at Green Bay Preble High School. Below is an edited version of the questions I asked and parts of his answers.

David Tiefenthaler – It’s good to hear from you Dave. So are you the head coach for the boys cross country team at Green Bay Preble?

Dave Loritz – The boys and the girls program actually.

DT – You are a teacher and a coach at Green Bay Preble High School, but what subject do you teach?

DL – I teach physical education, so I have one class of seniors, three classes of freshmen, and one class of personal fitness.

DT – How long have you been teaching and coaching there now?

DL – This is my second year at Preble, but I have been in the district since the fall of 2001, teaching phy ed. several middle schools. I’ve been involved there for a long time, as an assistant for five years, and as a head coach for four.

DT – Do you do distance runs or run the workouts with the athletes that you coach?

DL – Not a lot during the season. There is just so many kids. There is so much to do with the large crew that we have. I don’t get a lot of running time.

DT – Let’s talk about your running history. When did you first start running cross country or track?

DL – I started in the fall of 1990. It was my freshman year and my cousins forced me to go out. I went out reluctantly.

DL – If you asked me that day, that first day probably not, but there were certain aspects that I liked. I liked that I got to know a lot of kids, even older ones as a freshman before the school year started. There are over 1600 students in the school, so knowing people made me a lot more comfortable going into my freshman year.

DT – How much did you run mileage wise during your high school seasons and during the off season?

DL – I probably put between 35 – 50 miles every week during the summer. I felt the pressure of being the number one guy at my school. I would hit the hills hard. It might have been too much before my sophomore year because I got a stress fracture after I won the conference meet. At sectionals I limped around the course and hung on for the fifth spot on our team, and our team made it to state by one point. Obviously then, I couldn’t run at state.

DT – What were some of your best performances in high school track or cross country?

DT – In college you started off running for Mississippi St. Why run for a team so far away, and how was it down south?

DL – I followed a runner from Preble High School, who was a great runner, April Ecke. She won a state title in the 2 mile. I followed her because I had a link with the coach down there through her.

DT – Eventually you returned to the state of Wisconsin and ran in Oshkosh. At Mississippi St, you were running at a Division 1 school, and UW-Oshkosh is Division 3. Are there any big differences between these two divisions?

DL – I think overall there is a feel of a numbers game. There are more individuals at a Division three team that are willing to do more for less. Not that it wasn’t nice in Mississippi, but I think our team was only 8 or 9 deep, but we must have had 30 or 40 runners who trained with the team. I really enjoyed that large team at Oshkosh.

DT – What did you like better about running for UW-Oshkosh?

DL – I enjoyed running for John Zupanc. Between that and running with a great group of guys, I really liked it there.

DT – What was the biggest disappointment of your running career in high school or college?

DL – The end of my college career Senior year left me with a bitter taste. I look back at my Senior year and ask if I did enough. Did I train enough? I was fairly successful in my high school career and parts of my college career in Mississippi St. and at UW-Oshkosh. But that disappointment helped me learn, and helps me to relate to my runners who might be struggling from time to time.

DT – What are some highlights of your running career?

DL – The regional meet before the National Meet at Oshkosh I ran a 25:01 (for an 8k). Running at state for track and cross country for my high school career. It’s hard to replace that high school experience.

DT – I think some people don’t realize that the (Wisconsin) state track meet and the state cross country meet for high school, there are huge crowds. Probably the biggest crowds you will ever run for.

DL – One thing I think about from time to time, I was a freshman at Mississippi State. We were at our first CC meet and we were running against some big S.E.C. teams like LSU, Tulane, and I think there was one spectator. You don’t realize what you have at the high school until you leave.

DT – One of the things I was the most impressed by how you ran races, is you would make a strong move in an 8k or a 5k after about ¾ of the race was finished. How were you able to push yourself at a time in the race when you feel probably the worst?

DL – Yeah, I think you always try to hold on and do your best in the later part of the race. It’s easy to run well at the start when you feel good. Later in the race, the last 1/3 or the last 1/4 I didn’t have a great kick, but that is where I really had to push the pace. I didn’t have a kick so I had to make that push then.

DT – What was the best and or worst things about running with me?

DL – A fierce competitor. With a lot of excitement to the sport. You brought enthusiasm and that competitive. Plus you had that talent.

DL – I actually heard of you, or those Tiefenthaler’s in high school. You ran for Arrowhead, which was a great program, and I remember you guys jumping up and down after the state meet when you finished second.

DT – Well, we were too stupid to know that we weren’t supposed to run fast. How about living with me? Keep it clean though, our student athletes might read this.

DL – I was a bad roommate. I was a bad dishwasher. I don’t really have a lot bad to say about you.

DT – I don’t have to say anything bad about you. I was only bothered by Jason Waldvogel and his juice maker. He would use it and let the old fruit rot in there. You remember when he moved out we tried to smash it. It actually didn’t break on the first throw. We actually had to throw it in the air a couple of times.

DL – I forgot about that. He was on a juicing kick and somehow that was going to make him a world class athlete. Smashing that was a highlight of living with David Tiefenthaler.

DT – What do you enjoy about coaching high school athletes?

DL – To learn how to work hard, and be dedicated to something. To enjoy being together with good kids their age. More often than not runners are quality individuals, that are very good academically and good all around individuals. I tell them that I never knew how much running has impacted my life.

DT – What do you want kids that run for you to take away from the sport of cross country or track?

DL – Several different things. A lot of them still run and tell me they just finished a marathon. They stay healthy because of it. They can live a longer and healthier life. The social aspect is they make friends in cross country. Many of them still are friends with the people they met in high school. Those are the physical and social aspects, but there is also emotional benefits. Kids feel better about themselves too.

DT – That’s all I’ve got Dave. It’s good to hear from you. I hope to see you up in Wisconsin Rapids for the State Cross Country Meet.

DL – Good luck to you too. Great job keeping up your site. 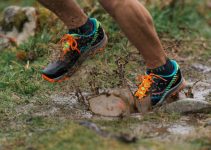