tips4running is very excited to have Marius Bakken here for an interview. Marius is a two time Olympic 5K runner from Norway. His best running events in track were the 3K and the 5K. His PR for the 5K, which he set in 2004 is a ridiculous time of 13:06. 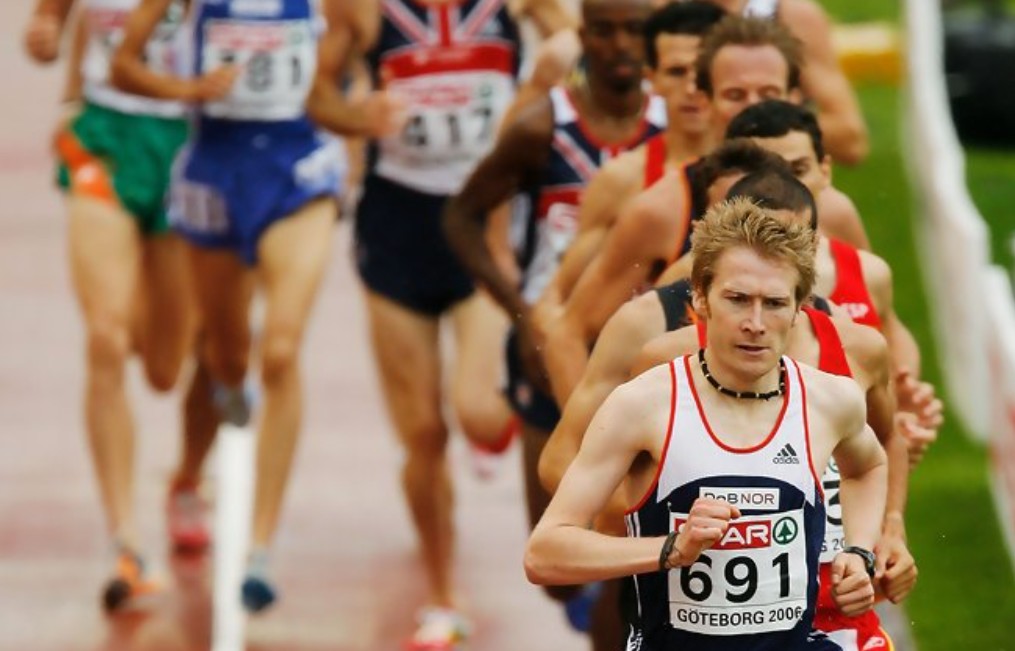 Marius stopped competing on the international level in 2006 to focus on Medical School and on training others for running. Here is his new 100 Day Marathon Training Program. He also manages two fantastic running websites, The Running Shoe Wizard and Marius Bakken’s Marathon Training Schedule

Marius has trained with some legendary coaches during his career. His first coach was Per Halle. During high school he ran in the United States for Joe Newton at York High School in Illinois. He has also trained under the guidance of Sam Bell, Peter Coe, Leif Olav Alnes, and Frank Evertsen. David Tiefenthaler – Before we focus on running, how is medical school going? Marius Bakken – It is going quite well thank you and it is getting closer and close to the end of it as I will finish my degree next spring. Right now I am doing some internship down close to my hometown Sandefjord (I live and study in Oslo which is 2 hours away). It is fun to practice all those things you have studied closely for so many years; get to work with patients and do all the practical work.

DT – What motivated you to go into the medical field?

MB – A number of reasons. I have always been interested in how the body works and at the same time I want to work with people so only doing scientific research was out of the question. Originally though I studied Political Science and have a bachelor in that as well. But later I found out that the medical field was the way to go. I have not regretted that once.

DT – Are you specializing in any one particular area?

MB – Difficult to say, but I want to work with patients; not in the labs.

DT – Now let’s focus on some running questions. Why and when did you first start running?

MB – I started around 10 years old but played soccer also, up until I was 17. From there on I specialized in running only. My dad and grandfather were both runners but more explosive ones (shorter distances). On my mothers side we have a lot of good endurance athletes. So when I was around 16-17 and started training more I could see that running was the thing for me.

DT – What was the competition like for a high school aged runner in Norway?

MB – We had a guy that always beat me up until I was 16-17. At that time though I only ran 2-3 times weekly while he was on a 5-6 time a week schedule. My coach at that time, 7th in the Olympics in 1972 (where Pre was 4th), saw I had some talent and saved me from hard work until early and gradually got me used to running. I am very thankful for that today.

DT – When you were 17, you left your country and went to York High School in the U.S. to run for Joe Newton. When did you get the idea to come to the U.S. and did you enjoy your time in Illinois?

MB – My sister was an exchange student in Ecuador and I wanted to do the same; but picked the U.S. I could have ended anywhere in the US but on my papers I noted that “I like to run.” That’s it. I ended up at York, which was just a big coincidence. Coach Newton is one of the smartest and nicest coaches I have met + worked with. We did run a lot in high school but he adjusted the schedules all the time and had a special way of preparing us. The result was few injuries, lots of fun and great results. The tough work at York prepared me for later and gave me a foundation that I am certain helped me greatly to reach a high level. He is that warm kind of person that remembers the name of all 40 new freshmen runners from the first day of practice and will never forget them since.

DT – After you were done with H. S. you went back to Norway only to return to run for Indiana University for a year. There you ran for Sam Bell. Did you enjoy competing in the NCAA?

DT – After a year in the states, you returned to Norway. From 2000 to 2005 you ran some incredible times, went to two Olympic games and participated in two World Track and Field Championships. During this time, what running accomplishment are you most proud of?

MB – My 9th and 12th in the World Championships and managing to train my body in such a way that I achieved very close to my potential.

DT – Could you describe a typical week of training during your peak training years?

DT – Do you hold any records for your country currently?

DT – Virtually every runner experiences injuries even during the height of their career. Did you ever suffer from a difficult injury and how did you overcome it?

MB – I did have one single day away from running due to injury from I was 10 until I reached 28 (in 2006) One reason for that I believe was the year at York that really strengthened my body for the tough work you have to do as an international runner. In 2006 I suffered from upper leg cramps and a friction injury to the heel which kept me away from running my best that year.

DT – Describe running for Joe Newton. What was his style of coaching and what were some of the best things you learned under him?

MB – Fantastic coach and a fantastic person. He taught me how to appreciate working that little bit harder as a runner and gave me perspectives on life that I would not be without.

DT – You also ran for Peter Coe. How did he help you improve?

MB – I was coached by Peter for two years and he got me down to about 3: 45 in the 1500 and 1:51 in the 800 meters. Very intelligent man and he taught me what I know about speed-endurance training + tips of structuring the plans better.

DT – You have trained in numerous countries: Kenya, the U.S. and Norway. Also, you have ran in races all over the world. Did you enjoy all the traveling for training and races?

MB – It was fun, especially Kenyan that I have stayed in a total of 1 year of my life.

DT – Was it difficult for you to stop competing in 2006, and do you miss racing at all?

MB – I’ve been too busy to think about it; I do miss it sometimes but I have so many other things I enjoy (now and then).

DT – Currently you are in Med School and manage two websites. Do you still have any time for running?

MB – Yes I do and I still keep going which is fun. I make all sessions as effective and accurate as possible, so that I can do less work but still get plenty of endurance back from them.

DT – Before you go, I am curious on how you found my relatively new website – tips4running?

MB – I saw a post at Letsrun.com and visited you. You have a wonderful site going there, informative, well written articles and I am sure it will be a great success.

DT – Thank you Marius for your time. I wish you the best of luck in your future. Your websites are very informative and fantastic resources for runners. Also, thank you for letting beginner runners understand more of what it takes to be a World Class runner. 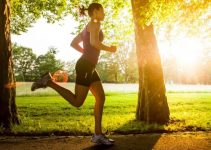