Pack Running is the most effective if you run smart, and don’t go out too fast. You and your teammates will be in great position to finish off races strong.

Make a good choice of who to run with though. You have to run in a pack with runners that have the same ability that you have. If you try to hang with someone who is much better than you, you’ll just end up losing that runner later in the race, and struggle to finish the race. On the other hand, don’t stick with a slower group. Find people on your team that have similar best race times and team up.

Sometimes though, you can lose confidence because you will find yourself further back in the early stages of a race. You need your teammates to execute this strategy of running in control during the early part of a race. You can work together to push and pass runners who went out too fast and are slowing down in the later stages of the race, and you won’t have to fight this upstream battle alone.

“The party starts after the mile,” was my wife’s favorite saying when she coached cross country. She wanted her runners to really start racing after that point. The first mile was used to get into good position.

Remember, you can only hurt your chances for a good race in the first mile, not help them. If you go out way too fast, you will suffer a slow an agonizing trip towards the finish. If you go out too slow, no matter how fast you pick it up after the mile, your competition will be out of reach. Run smooth and steady until the mile mark. Then pick up the pace and start picking off runners who didn’t pace themselves properly.

It takes one strong leader in every group to make the strategy of pack running work. Remember that you don’t slow down to stick into a group. A leader will push the pace and the followers need to hang on for as long as possible. If you come up to another teammate, encourage them to push the pace with you or stick with you as long as they can.

Almost every great cross country team has a small gap from their first runner to their fifth runner. When I was running and as I coach, we always looked to have less than one minute difference between the first finisher for our team and the fifth finisher.

The Hartland Arrowhead Men’s Cross Country Team won the Wisconsin High School Division 1 State Championship multiple times with this strategy. They try to get their first five in as a pack. This strategy is even practiced in meets. Even the top flight runners are required to stick with the pack until a certain point in the race. In especially large races, a runner can get lost in the pack. It is much easier to gauge how you are doing if you stick together.

Train together, and race together. This is the best way to ensure a successful cross country season. Now pack it in and race strong! 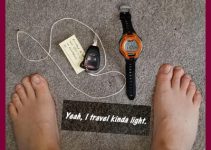