Running Quotes to Keep You Motivated

Running quotes from some of the more quotable runners are found here.  I like to categorize big lists like this to help people, including myself, find what they are looking for. This list of running slogans and quotes focuses on famous runners.  Also included towards the end of this article, are some of the more memorable running sayings from advertisers. 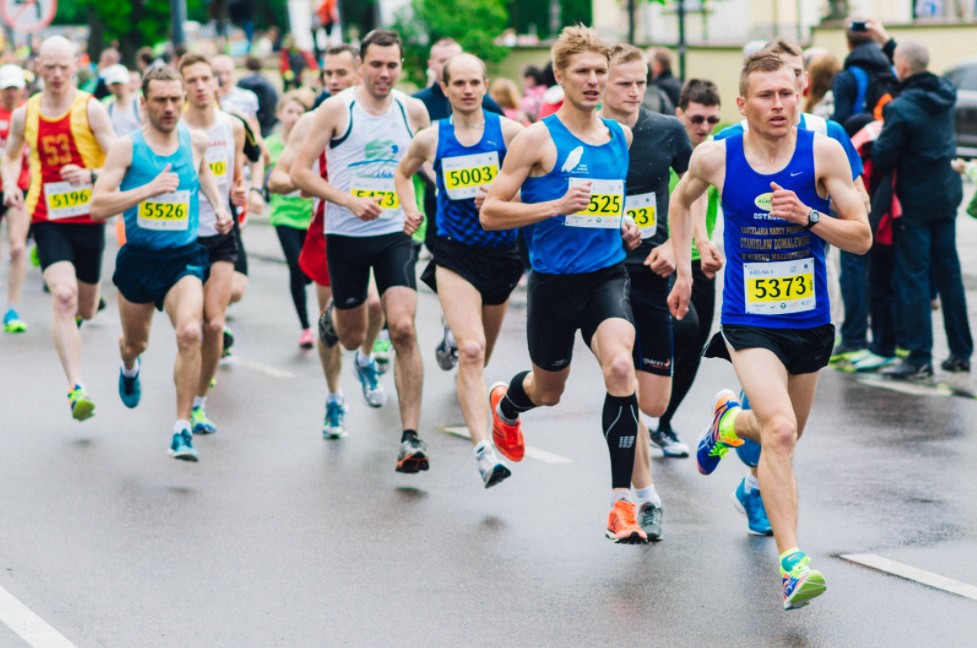 Tips4Running.com also has categorized other running slogans and quotes.

5. Running Slogans to print on your next Team T-Shirt.

After these great running quotes, there are some of the more memorable advertisement quotes and slogans. Some of the running quotes also appear on an art print. I found some pictures of some of these history making runners to go with their memorable quotes. All the pictures are for sale through art.com.

The mile has all the elements of drama

If a man coaches himself, then he has only himself to blame when he is beaten.

No one can say, ‘You must not run faster than this, or jump higher than that.’ The human spirit is indomitable.

The man who can drive himself further once the effort gets painful is the man who will win.

Sport is not about being wrapped up in cotton wool. Sport is about adapting to the unexpected and being able to modify plans at the last minute. Sport, like all life, is about taking risks.

There is no such thing as bad weather, just soft people.

Winning is nice, but you savor that victory for an evening and it’s gone. Competing well is just not to be equated with winning.

God determines how fast you’re going to run; I can help only with the mechanics.

The real purpose of running isn’t to win a race; it’s to test the limits of the human heart.

A teacher is never too smart to learn from his pupils. But while runners differ, basic principles never change. So it’s a matter of fitting your current practices to fit the event and the individual. See, what’s good for you might not be worth a darn for the next guy.

The thinking must be done first, before training begins.

The great thing about athletics is that it’s like poker, sometimes you know what’s in your hand and it may be a load of rubbish, but you’ve got to keep up the front.

Blink and you miss a sprint. The 10,000 meters is lap after lap of waiting. Theatrically, the mile is just the right length: beginning, middle, end, a story unfolding.

The nine inches right here; set it straight and you can beat anybody in the world. – said while pointing to his head

World records are only borrowed.

Thrust against pain. Pain is the purifier.

Running: running: hear the beat!
Busting lungs and pounding feet.
Straining: gaining: ’til your done:
Or you have the race well-won.
Racing: Pacing: rather die:
Than give up or let them by.

The idea that you can’t lose contact with the leaders has cut more throats than it has saved.

You must realize one thing. In every little village in the world there are great potential champions who only need motivation, development and good exercise evaluation. Well, no athlete respects a big, fat coach who’s going to stand there and rest the watch on his stomach.

Every passion has its destiny.

The ultimate is not to win, but to reach within the depths of your capabilities and to compete against yourself to the greatest extent possible. When you do that, you have dignity. You have the pride. You can walk about with character and pride no matter in what place you happen to finish.

I was constantly told and challenged to live my life as a warrior. As a warrior, you assume responsibility for yourself. The warrior humbles himself. And the warrior learns the power of giving.

We all have dreams. In order to make dreams come into reality, it takes an awful lot of determination, dedication, self-discipline and effort.

I always loved running… it was something you could do by yourself, and under your own power. You could go in any direction, fast or slow as you wanted, fighting the wind if you felt like it, seeking out new sights just on the strength of your feet and the courage of your lungs.

Friendships are born on the field of athletic strife and the real gold of competition. Awards become corroded, friends gather no dust.

One chance is all you need.

To be a consistant winner means preparing not just one day, one month, or even one year – but for a lifetime.

The starting line of the New York City marathon is kind of a giant time bomb behind you about to go off. It is the most spectacular start in sport.

The marathon can humble you.

If you want to win a race you have to go a little berserk.

My whole feeling in terms of racing is that you have to be very bold. You sometimes have to be aggressive and gamble.

To give anything less than your best is to sacrifice the gift.

Some people create with words, or with music, or with a brush and paints. I like to make something beautiful when I run. I like to make people stop and say, “I’ve never seen anyone run like that before.” It’s more then just a race, it’s a style. It’s doing something better then anyone else. It’s being creative.

Life’s battles don’t always go to the strongest or fastest man, But sooner or later the man who wins is the fellow who thinks he can.

Don’t be afraid to give up the good to go for the great.

You cannot propel yourself forward by patting yourself on the back.

A man can fail many times, but he isn’t a failure until he begins to blame somebody else.

Life’s battles don’t always go to the strongest or fastest man,
But sooner or later the man who wins is the fellow who thinks he can.

Success isn’t how far you got, but the distance you traveled from where you started.

You have to wonder at times what you’re doing out there. Over the years, I’ve given myself a thousand reasons to keep running, but it always comes back to where it started. It comes down to self-satisfaction and a sense of achievement.

A lot of people run a race to see who is fastest. I run to see who has the most guts, who can punish himself into exhausting pace, and then at the end, punish himself even more. Nobody is going to win a 5,000 meter race after running an easy 2 miles. Not with me. If I loose forcing the pace all the way, well, at least I can live with myself.

Someone may beat me, but they will have to bleed to do it.

Having a true faith is the most difficult thing in the world. Many will try to take it from you.

Hills are speed work in disguise.

The more consistent you are in your training, the less you must rely on a perfect training run every day.

Good health is a phase you pass through on the way to racing fitness.

You have to forget your last marathon before you try another. Your mind can’t know what’s coming.

Why couldn’t Pheidippides have died here?
– Frank Shorter’s comment to Kenny Moore at the 16-mile mark in one of Shorter’s first marathons

You can actually suffer a little bit more going slowly than when you’re going really fast. A faster marathon might even be easier than a slow one, in terms of what it takes out of you mentally.

Stadiums are for spectators. We runners have nature and that is much better.

Top results are reached only through pain. But eventually you like this pain. You’ll find the more difficulties you have on the way, the more you will enjoy your success.

Men, today we die a little. – at the start of the 1956 Olympic Marathon

It’s at the borders of pain and suffering that the men are separated from the boys.

For the first three, gold, silver, bronze medals. For Emil, only potato! – before he made his move in a race.

It’s rude to count people as you pass them. Out loud.
– Adidas

A run begins the moment you forget you are running.
– Adidas

You have a choice. You can throw in the towel, or you can use it to wipe the sweat off of your face.
– Gatorade

There is no finish line.
– Nike

There are clubs you can’t belong to, neighborhoods you can’t live in, schools you can’t get into, but the roads are always open.
– Nike

5. Running Slogans to print on your next Team T-Shirt.

Had enough running quotes? Return to the Tips4Running Homepage. This article was written by David Tiefenthaler, the founder and main contributor for Tips4Running.com. In addition to running, he’s also an author, and a full time teacher.