Running Books filled with ideas and inspiration to keep you running.

Need some extra motivation, or just want to read a great story? Check out tips4running.com book suggestions. Any book you see on this page, I have read front to back. I won’t recommend any old running book because someone else told me it’s good. 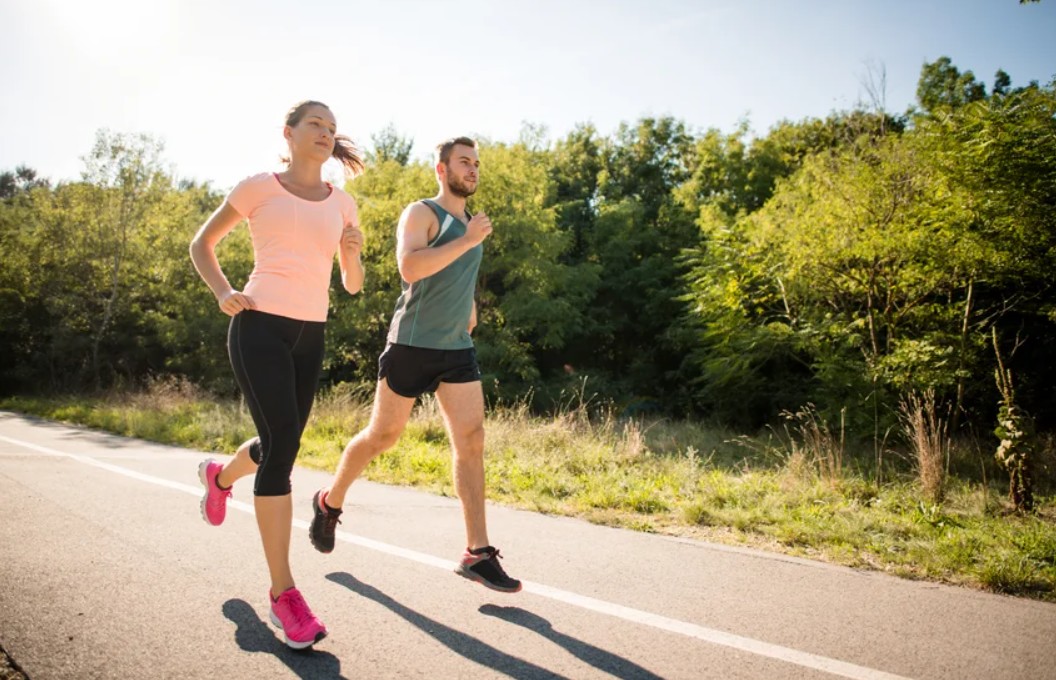 The first book, and my favorite is Marius Bakken’s 100 Day Marathon Plan. This training plan guides you through your workouts step by step up to race day.

The plan can be adjusted to your race pace goal from 2:45 up to 5:00. It also includes instructional videos, race plans, calculators for race pacing, what to drink, diet calculations.

All the books below are available Amazon.com. You can click on the name of the book for a more detailed review.

Running the Edge by Tim Catalano and Adam Goucher. This book is a mix between a training philosophy, and stories about how Tim and Adam have approached training and racing in their life. It also goes into great detail on how you can improve your running as well as lifestyle by becoming a “distance maven.”

Barefoot Running: How to Run Light and Free by Getting in Touch with the Earth by Michael Sandler and Jessica Lee. This is more than just a book. It is an instructional manual on how to get started and stick with barefoot running. If you are serious about ditching the running shoes, I can’t think of a better place to start than with this book.

Running With Joy: My Daily Journey to the Marathon by Ryan Hall is more than just a running journal. Ryan is a devout Christian. As he trains for the Boston Marathon in 2010, he focuses on how his relationship with God helps him with his running pursuits. The book also includes many different running tips from Ryan Hall. These insights are great for any level of runner. A word of warning – Do not use this as a marathon training plan. Ryan puts himself through an incredibly tough training program. Read it to get an insight on the world of professional running.

An Honorable Run by Matt McCue examines the relationship of runner and coach. Matt ran for two excellent coaches with extremely different personalities. Read about his experiences with Coach Brown from his high school in Regina, Iowa and Coach Wetmore from the University of Colorado.

Born To Run: A Hidden Tribe, Superathletes, and the Greatest Race the World Has Never Seen by Christopher McDougall makes you question how far and fast you really can run. This instant classic is loaded with three different story lines mixed together.

First, McDougall searches for an answer to his question, “Why does my foot hurt,” and finds that running barefoot is what all runners were born to do. Another part of the book is about the Tarahumara Indians in the Copper Canyons of Mexico. They are Superathletes that run ultra marathons like a jog in the park. Finally, the book culminates in a fantastic 50 mile race where the Tarahumara race against great Ultra Marathon runners from the United States.

Once a Runner by John L. Parker, Jr. A cult classic fictional tale of an elite runners struggle to become a dominant miler. The book follows four runners, and highlights the milers mission through one collegiate running season. This book was such a hit with runners, it was recently reprinted. It originally came out in the late 1970’s, but the descriptions of a runners struggle through the pain of training and the agony of racing are timeless.

Any runner who knows the pain of pushing themselves past what they thought was their threshold for punishment will feel the fear, the fire, and the freedom of a run. If you need something to motivate you to take your training to the next level, find it here.

The Perfect Mile: Three Men, One Goal, and Less Than Four Minutes to Achieve it by Neal Bascomb. I had a tough time setting this one down. It is a phenominal retelling of the story of three runners all shooting for the sub four minute mile. The main players in this epic global battle against each other and the clock were Englishman Roger Bannister, Australian John Landy, and American Wes Santee.

These three amateur athletes start their quest after the 1952 Olympic Games. All three had different training methods, numerous obstacles to overcome, and plenty of chances at the record. The book ends with “The Mile of The Century,” where two of the runners race head to head.

Running With The Buffaloes: A Season Inside with Mark Wetmore, Adam Goucher, and The University of Colorado Men’s Cross Country Team, by Chris Lear. A fantastic true story about the 1998 Season. The main players in this book are Head Coach Mark Wetmore, and star Senior runner Adam Goucher. Goucher is favored to win the individual NCAA Championship in 1998, and the team is favored to win the team title as well. The 94 day season is to say the least, quite dramatic. At first it is hard to follow because of all the athletes involved, but it picks up steam quickly. I looked at this book from three perspectives, as a coach, as a runner, and as an active reader. The book didn’t disappoint on any level.

Runner’s World Complete Book of Running edited by Amby Burfoot is a great book for any runner. It leads you through every aspect of running. From beginning a running program to how to train for a marathon, this book is great from cover to cover. Everything about running is explained in simple steps. There are tips on training, racing, eating healthy, stretching, lifting, cross training, and more. If you buy only one book about running, this should be it. The last chapter in the book is about how to run a marathon. Now, I have never ran a marathon, but this book is so good at explaning how to do it, I am seriously considering running one.

Pre: The Story of America’s Greatest Running Legend, Steve Prefontaine by Tom Jordan. For over five years, Steve Prefontaine never lost a race over one mile to any American Runner. He was also dominant against any runner in the world when they dared race against him on his home track in Eugene, Oregon. Tragically, his running career was cut short at age 24 when he died in a car crash. The legend of Pre lives on. This book describes why. It’s not because of his dominance on the track, it’s because of the way he ran every race like it was his last. If you wanted to beat him, he was going to make you hurt.

Coaching Cross Country Successfully is the work of famous coach Joe Newton. It summarizes all of the different things he has done as a high school CC coach. The book highlights the 26 CC team state championships he has coached. It is a fascinating read because I can hardly believe the work he makes his runners do. They run like gangbusters! I won’t make my runners do as much as he does, but the book is filled with great ideas for a much more successful, and enjoyable season.

Mind Gym: An Athletes Guide to Inner Excellence was written by a leading sports physcologist, Gary Mack. The book is filled with stories and ancedotes about how important it is to mentally prepare for athletics. My high school CC coach would have us mentally rehearse our race plan before big events. I can tell you first hand, it really works. Being mentally prepared for competition is just as important as physical preparation. Any athlete in any sport can get a mental edge by reading this book.

So there you have it. I have read other books about running, but nothing else worth recommending. If I come across another book worthy of mentioning, I will add it to this list. You can contact me to suggest a book to read, and possibly add to this list. I know that Knowledge is Power, and I’m always looking for more information on running. Now take off those running shoes, pick up one of these books and have a good read.

Return from Running Books to the running tips homepage