Running Form – How to run fast, fluid, and injury free.

I have been focusing on my running form over the past two years. Why did I start really analyzing it now when I wasn’t really concerned with it the previous twenty years? Some of the runners that I recently coached had atrocious form. I would try to teach proper form, but then I realized I didn’t have a set philosophy either. 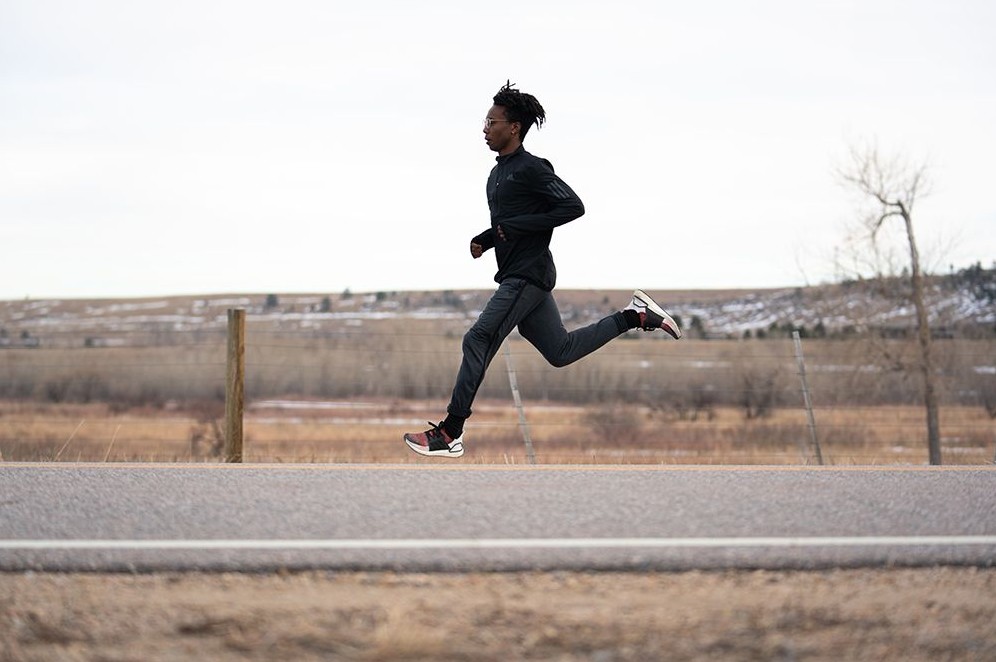 The video shows the basics of running form from head to toe.

What I really wanted the runners that I coached was to run like my four year old son and his four year old friend. They both have virtually identical running form. It finally clicked. They both ran so fluid and free like world class runners. The interesting part is didn’t learn any bad habits. They both weren’t told how to run. These kids, just like all of us were born ready to run. We learn bad habits by not being active and by wearing shoes that are too protective.

Rick Bowker, a 2:47 marathon runner at age 49 also has been working on his form. He told me about how he found the right form for him in an interview with tips4running.

“I spent 2 years learning different methods, Pose, ChiRunning, Evolution, BK method etc. None of them had the right answers, then by chance in early March I came across Steve Magness’s article and everything fell into place. It gives the best speed for the least effort and it feels natural and is easy to do. I wanted to run with the flowing natural grace of a top Kenyan runner, and Steve’s method feels so right straight away, it fits the bill for me.”

The method that Rick Bowker is referring to is called the “Flex and Reflex.” This information is best presented by Steve Magness as his wonderful running site called The Science of Running. I also have adopted his running style. This running form is simple. Run with a very very slight lean. (You are supposed to go forward when running). Then imagine that the ground is moving beneath you. Your whole foot should lightly hit the ground at the same time. Then let it pull through light and quick. Don’t worry about knee lift. Don’t worry about stride length. Just focus on being light and quick with your running.

The video above explained the basics of running form from head to toe. Here is a brief review.

Head – Keep your head level and steady as you run. The muscles in your face and neck need to be relaxed. Look about ten feet in front of you. Don’t look directly down unless you are running over rough terrain. Looking down too much or up to far can cause you to lean down or up too much.

Shoulders and Chest – Your shoulders should be nice and relaxed. As you run harder, they tend to get tight and you might scrunch them up towards your neck. Don’t do this. Keep them relaxed. Your chest should lean just a tiny bit in front of your hips. Don’t think of this as leaning forward. Simply think of this as you are trying to go forward, and running is basically a controlled fall. A very slight lean means your momentum is forward.

Arms and Hands – Never cross your midpoint with your arms. Your arms should swing back and forth, not at all side to side. Remember, you are running forward. Keep your arms bent at the elbows at about a 90 degree angle. Your hands shouldn’t be clenched tight as you run. Keep them slightly open and loose. Tension in almost any part of your body causes you to slow down. Running is a fluid motion.

Hips – Your center of gravity or hips should be the thing that feels like it is being pulled forward by the rest of your body. Don’t swivel your hips from side to side at all. Hold your hips steady and keep your spine nice and straight.

Legs and Foot Strike – A lot of runners say, “Drive your knees!” This isn’t exactly what you need to do. Focus more on getting your whole foot down at the same time. This will mean you are striking the ground just ahead of your bodies center of gravity. Then, rool that foot forward pushing off with the front of your foot. Focus on that natural reaction of your feet following the “flex and reflex” pattern.

This is a lot of information to digest in one sitting. I suggest working on one aspect at a time. The easiest thing to do is to focus on your head, and work your way down. I’ve been running for a long time, and I still work on my form. It is a constant for almost every runner. Remember this though. Better form means you are using less energy to run at a faster pace. Better form equals faster running!