Setting Running Goals – What do you want to achieve?

In the past summer, I set my running goals high. I wanted to run 200 miles in 10 weeks before the cross country season began (I coach high school CC). I have three children by the way. A four year old son, a two year old daughter, and a baby boy. I also taught summer school this year. Finding time to run, without hurting myself, by the way, was challenging to say the least.

I wrote down my running goals where I would increase my mileage by only one or two miles a week starting at 14 miles for the first week. By the end of the summer I was running 25 miles in a week and I hit my goal of 200 miles exactly. Many of my runs were done at either 6 in the morning before my kids woke up, or at 9 in the evening after they were in bed.

I also kept my running log online. Writing down my progress kept me very motivated. There was no way I would have accomplished this goal without having a specific plan in place.

Dominican University did a study where they looked at how effective writing goals down is compared to just having a goal in mind. The results of the study. Individuals who wrote their goal down almost doubled their chance of achieving it compared to those who didn’t write their goals down.

The study had four different ways to record your goal. Individuals could write it down, create action commitments, share their goals with a supportive friend, and or create a weekly progress report. See the results of this study here. If any of these ideas sound like something that will keep you motivated, use them. I like writing my goals down on a smart goal sheet. I can keep track of my progress, and I can make sure I don’t set my goals too high or too low.

Here is a quick story involving Steve, my brother, and setting goals. His big goal during his senior year of track was to win the mile race at the conference meet. We had a tough conference with many different quality runners. He set this goal early in the season and made a sign “Conference Champ” that he taped to the ceiling above his bed. Every morning, he would wake up and see the sign.

When race day arrived, my brother was determined to win. With one lap to go, there was a tight pack of five runners. Like a lightning bolt, my brother shot out of the pack and put a huge gap on the field during the back stretch. He built such a large lead, by the time the rest of the runners decided to kick, it was too late. My brother won the race by two seconds.

He probably wouldn’t have made such a bold move if it wasn’t for this constant reminder of how bad he wanted it.

Years later I asked him about this, and he had the funniest response about his goal sign that said “Conference Champ.” My brother wears contacts, and without them is blind as a bat. He said he couldn’t even see his sign in the morning because his contacts weren’t in when he woke up. He laughed and said, “I knew it was there though.”

What are your running goals? If you are new to this activity, it might be hard to figure that goal out. Ask other runners to help you. I always recommend starting small with setting your goals. How many miles do you want to run in a week? Do you want to complete a race coming up soon? What will you run the race in? Will you try to get in shape so you can run with a friend? You don’t have to stick with running. Maybe you are interested in the best aerobic activities.

Start thinking about what you accomplish and every week re-evaluate your goals. This doesnâ€™t just have to apply to running. Do you have financial goals? What about goals for spending time with your family? Maybe you have goals for another athletic activity? Perhaps you are trying to eat healthier, get more sleep, or trying to accomplish more at work in less time. Write your goals down, and then try to accomplish them, one step at a time. 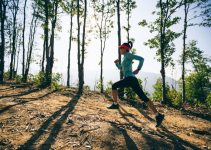 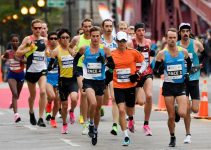