Can you run the edge? Will you become a distance maven? The book, Running the Edge: Discover the Secrets to Better Running and a Better Life

by Tim Catalano and Adam Goucher isn’t really a running story. It’s a philosophy that the authors’ challenge you to embrace. Dance on that line between sanity and insanity. Find out the difference between toughness and stupidity. 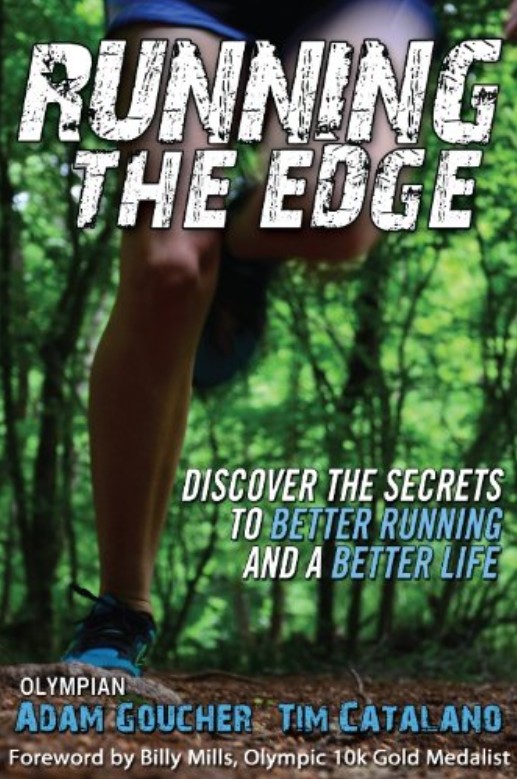 “Runners love a challenge. Their sport requires an internal drive foreign to most ‘normal’ people. They not only push through pain, but welcome it. They live to test their limits, and if a gauntlet is thrown down, they embrace the chance to test their mettle.”

Before I get into some of the finer points of the book, you should know what you are getting into if you are thinking of reading “Running the Edge.”

Adam and Tim both ran at the University of Colorado for a running coach, Mark Wetmore, who is notorious for pushing his runners to the limit. Obviously, these two thrived in this environment and had very successful collegiate careers.

Once they were both out of college, they both pursued professional running. Tim in the steeplechase, and Adam in both middle distance track events and World Cross Country races. In an effort to not only get the best out of their running, but also their lives, the authors came up with a philosophy on how they want to live life. They want to be “distance mavens.”

The book is a detailed explanation on how the reader can become a distance maven, and the different steps they need to follow to get there. The book focuses on more than just running, but also the different aspects of leading a fulfilling life. As they see the world, there are six different qualities that will help you be better at running, and also improve your overall lifestyle. I don’t want to give up too much information, but I will share with you the parts of the book that resonated with me the most.

First of all, both Adam and Tim judge how they have handled situations in their life or in their running, and how they could do it better. Goucher goes into detail about one instance where he didn’t give credit where credit was due after a poor showing. I was pleasantly surprised at how honest he was in saying he shouldn’t discredit those that beat him in races.

Tim, on the other hand explains a lot of the different things he did as a coach with his high school runners. One part I found kind of disturbing was his “Summer of Challenges.” After reading some of the things he took part in, and some of the workouts he had his runners go through, I have to wonder how he didn’t get fired. Maybe, he is more responsible now, but as someone who has coached middle school and high school student athletes, he definitely was on the edge with some of his tactics.

A few parts are a bit cheesy, but still fun to read. My favorite part is where they create a fictional character who doesn’t understand how come his life isn’t going his way. They call this man “Mr. O’Toole.” Just the word tool made be chuckle. Their point is simple. You have to be the agent of change. You can’t expect people to change things for you.

This book hit its stride when they talk about the challenges they simply make up to overcome. Adam and Tim one day decide to their bikes 50 miles. Tim tries to outlast the life of a candle. Adam shares his successes and failures in his running career. Also, the are both brutally honest about what they have done right and wrong in running and life, and how they learned from these experiences.

Overall, I recommend this book for two distinctly different audiences. First, this is a great motivational book for a high school runner that is looking to take his running to the next level. A high schooler might find comfort in the fact that they will be an outsider for pushing themselves to become great at running, and there is nothing wrong with that. In fact, the Running the Edge website has created a forum where you can post messages and meet up with other “distance mavens.”

The second possible group that this book could resonate with is someone who simply needs a good morale boost. Adam and Tim want you to not only improve your running, but also address five different aspects of your life. The five different areas you could improve on are education, career, family, friends, and passions. The best way to do this is to look in the mirror. This book doesn’t lean towards any one specific religion, but there are many spiritual overtones. You can’t talk about the meaning of life without a little soul searching.

I fall into the second group. Will this book be the key to all of my future successes? Will I use its six-step process to help me run faster than I ever did in high school or college? Probably not. What I can say though, it has helped me look at how I treat the other aspects of my life. I can be a better employee, father, friend, and maybe even take my running a little more serious. Maybe you too can become a distance maven. Read Running the Edge: Discover the Secrets to Better Running and a Better Life

and improve more than just your running.

– Running Books Reviewed by Tips4Running.com
– Running with the Buffaloes
– An Honorable Run 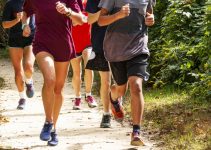 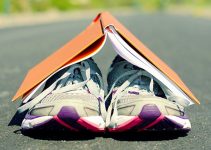